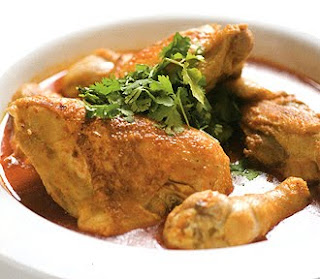 But these cells showed no evidence of suicide, and the addition of a molecule that inhibits caspases and stops this 'switch being flicked' made no difference to the number of cells that died, suggesting curcumin attacked the cancer cells using an alternative cell signalling system. -- REUTERS
Posted by Bolivian Beat at 12:02 AM