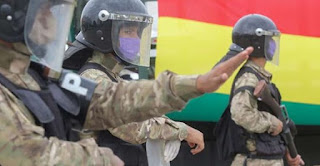 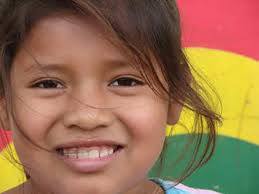 SOUL-LIKE BOLIVIAN MOMENT
A sense of hope colors her face
with a well-proportioned smile,
the almost perfect design of her
cheeks and teeth hide a beauty
yet to be seen;

Her innocent eyes, a hint of pain
from life, invite us to dance with the
soul-like Bolivian moment of her
hair blown by the wind.

Posted by Bolivian Beat at 12:00 PM No comments: