Never underestimate the influence of a coterie of middle-of-the-road liberal Anglicans over the worldwide Anglican Communion (AC).

Led by the present Archbishop of Canterbury, these liberals come from many parts of the communion: US, Britian, Australia, New Zealand, Canada, Asia and Latin America. By and large they were responsible for orchestrating the processes and outcome of the Lambeth conference. Building alliances, majoring on nuances and negotiating with opponents are their core values. Although using Biblical language comes easy to them they are agnostic when it comes to believing the Bible's final authority.

They hold to an ongoing tension between God’s revelation in scriptures and the voice of the Holy Spirit in contemporary human aspirations for liberation. They value all opposing views of a given issue, will not take a clear stand, veering toward views which question prevailing orthodoxy.

Their sympathies lie with homosexuals in committed relationships; with time they believe that everyone will see reason and embrace gays. Their strategy in the AC is to mark time with endless discussions and convey the appearance of a resolution. Hence their willingness to sign on the dotted line of any document which upholds inherited Biblical views concerning homosexuality WITHOUT any clear provision of disciplining those who continue to defy the Biblical position.

Anglican or Episcopal to the middle-of-the-roaders is akin to Rolls Royce or Mercedes Benz. Prestige is attached to being Anglican or Episcopal in social circles where inclusiveness is prized. This is partly due to the Anglican Church's appeal to the educated and professional classes and its status as an established church in the UK.

The Anglican church's place in Singapore is also derived from a special statute in the nation's constitution. With such a pedigree its normal for the church to enjoy a degree of acceptance by certain sectors of the governing elite, especially of the liberal ilk. Any disciplinary move against gays would be a sign of intolerance and not reflect the qualities of a church's pedigree. To discipline those practicing same sex blessings diminishes the quality of the Anglican or Episcopal brand.

Yes, Bible believing Bishops and the Global South Primates, represent the vast majority of Anglicans. Their strength in numbers however does not translate into the ecclesiastical power (finances, knowledge of judicial processes and political infighting) necessary to expedite changes and reform. Many of them, because of their traditional deference to the Archbishop of Canterbury (ABC), especially in Asia, would find it traumatic to consider sidelining, or God forbid, to even consider disciplining the Church of England (COE)!

The Bible believing Bishops and Primates, though formidable in restraining the middle-of-the-road liberal agenda within the Communion do not really pull the levers of power.

To their credit they've also managed to ensure a sound biblical perspective of homosexuality in official declarations and documents. This positive contribution however is not muscular enough move the mechanisms necessary to discipline those who've silently or blatantly ignored the injunction against same sex blessings and the consecration of gay Bishops.

MUDDLE OF THE MIDDLE

Middle-of-the-road liberals are concerned of the reaction from ordained homosexual clergy within their own ranks if they are seen to discipline the TEC.

The Church of England (COE) is a case in point. Recently the British government passed a law allowing gay couples to legalize their relationships in a civil union. The COE, in recognizing gay clergy within their ranks, allowed them to enter these civil unions, with the proviso that they restrain from having sex and inform their Bishops of their live-in relationships.

It is only a matter of time before a practicing gay is consecrated Bishop in the British Isles.

Is there a moral equivalence between TEC's decision to consecrate a gay bishop and the COE's decision to allow their gay priests to enter into civil unions?

It's difficult to believe that the Archbishop of Canterbury, the symbolic head of the Anglican Communion and the COE, is not constantly looking over his shoulder to measure the impact of his decisions and statements on the gay lobby and their clergy as he leads the Communion. This is one of the main reasons why affirmations of support for the Biblical position concerning homosexuality are accompanied by ambiguous comments designed to elevate the gay hermeneutic on the same level as the inherited Biblical position on homosexuality.

The Lambeth Conference was no exception to the rule.

Declarations of support for the Biblical position concerning homosexuality were accompanied by attempts to stir discussions between liberal and conservative Bible believing bishops so as to create an environment where the possibility of gays living in a committed relationship could be bandied about.

The two leaders, a New Zealander and a South African, in charge of the bible study at Lambeth were pushing views aimed at diluting Resolution 1.10 from the 1998 Lambeth Conference (this resolution clearly spelled out the incompatibility between Biblical teaching and homosexual activity).

WILL THE COVENANT WORK?

A ray of hope is the formulation of a Covenant which will prevent a repetition of the present crisis.

Anglican Provinces will be asked to sign on to a Covenant that sets standards for all and provides boundaries for those who choose to be a part of this arrangement. A violation of these boundaries will potentially trigger a disciplinary process. Of some concern is the proposal that the ABC adjudicates the disciplinary process. Will the ABC provide clear leadership in maintaining the integrity of the Faith as preserved and handed to us by the Apostles? Probably not, if his performance in the handling of the current crisis is anything to go by.

Many have criticized the covenant because the present crisis of the AC is not within the purview of this Covenant.

Those who opt out of the Covenant will probably not belong to the first tier membership within the AC. The necessary approvals will have to be settled at a meeting of the Anglican Consultative Committee (ACC) in the middle of next year. At Lambeth the proposals of the covenant were received and accepted for further deliberation and approval from the various provinces which constitute the AC.

The ABC's 3 speeches at Lambeth were a mixed bag. The 1st was a general description of the current state of affairs, the 2nd was an ambiguous attempt to define the question of homosexuality as a clash of differing perceptions - the African and the American.

The intent however was clear: he was trying to bring the gay hermenuetic on par with the Resolution 1.10. Bible believing Bishops reacted negatively and strongly. Predictably the ABC in his 3rd speech back tracked with comments which pleased them. This seems to be his modus operandi. The ABC is known for these swings from one position to the other.

Lambeth 2008, taken as a whole, ended on this rather unsure note.

CONCLUSION: SO WHAT’S NEXT?

Firstly, no decisions were made and critical issues were left for someone else to sort out in a not too distant future. Secondly, it’s going to take a long time for the AC to pick up the pieces with respect to its global unity. Thirdly, any province which approves the consecration of a practicing gay as Bishop will send the AC as it is presently structured, into oblivion. Fourthly, a growing number of parishes, dioceses together with some Provinces are coalescing around GAFCON - a group of Bible believing primates and bishops who are offering an alternative centre of authority for those who wish to align themselves to an unambiguous approach to Bible based Anglicanism.

So what's next? Well, the general convention of TEC will meet to decide if they wish to continue to temporarily suspend the consecration of practicing gays and unambiguously stop the blessing of same sex unions. The ABC is also calling a meeting of the Primates early next year. 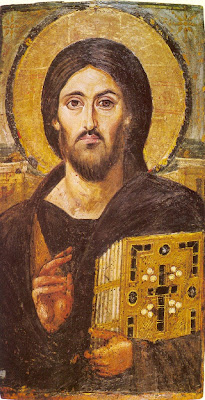 Here's Oswald Chamber's classic meditation, The Opposition of the Natural. Its a great devotional passage from where we get the oft repeated phrase, the good is the enemy of the best.


The Opposition of the Natural

Those who are Christ’s have crucified the flesh with its passions and desires —Galatians 5:24

The natural life itself is not sinful. But we must abandon sin, having nothing to do with it in any way whatsoever. Sin belongs to hell and to the devil. I, as a child of God, belong to heaven and to God. It is not a question of giving up sin, but of giving up my right to myself, my natural independence, and my self-will. This is where the battle has to be fought. The things that are right, noble, and good from the natural standpoint are the very things that keep us from being God’s best.

Once we come to understand that natural moral excellence opposes or counteracts surrender to God, we bring our soul into the center of its greatest battle. Very few of us would debate over what is filthy, evil, and wrong, but we do debate over what is good. It is the good that opposes the best. The higher up the scale of moral excellence a person goes, the more intense the opposition to Jesus Christ. "Those who are Christ’s have crucified the flesh . . . ." The cost to your natural life is not just one or two things, but everything. Jesus said, "If anyone desires to come after Me, let him deny himself. . ." ( Matthew 16:24 ). That is, he must deny his right to himself, and he must realize who Jesus Christ is before he will bring himself to do it. Beware of refusing to go to the funeral of your own independence.

The natural life is not spiritual, and it can be made spiritual only through sacrifice. If we do not purposely sacrifice the natural, the supernatural can never become natural to us. There is no high or easy road. Each of us has the means to accomplish it entirely in his own hands. It is not a question of praying, but of sacrificing, and thereby performing His will.
Posted by Bolivian Beat at 8:04 PM 2 comments:

I've not been putting stuff on this blog for a long time. Could it be bloggers block?

Its the work in the Parish. Its hard to find time to do anything else except to get lots of things done. I'm also the supervisor of a the parish's kindergarten.

Phew! Parish work in Singapore is demanding, especially if one wants to align the Church with the Lord's command to fulfill the Great Commission.

I've been in Christ Church for only 2 months but it seems like 2o years! Some of the issues and problems I've inherited have a long history. The past feeds the incoming Pastor's diagnosis of the Parish's present situation.

You can't really take a church forward unless you're looking to future and studying the church's past. Tough decisions need to be made. Resources need to be harnessed. God's people need to be organized, trained, motivated and mobilized. This is a lot of work.

Its like storing a large number of provisions on the ship before we leave shore and begin the journey. Pray for me
Posted by Bolivian Beat at 6:31 PM 4 comments: