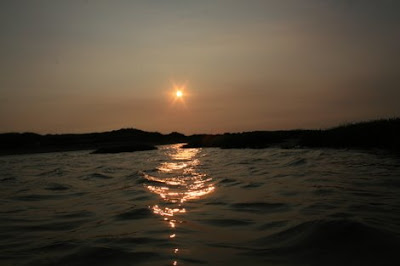 I Am the Way, the Truth and the Life...No man comes to the Father except through me..John 14:6
Posted by Bolivian Beat at 8:44 PM No comments:

CAN THE ANGLICAN COMMUNION DISCIPLINE ITSELF?

The answer, till now, is NO.

REJECTING BIBLICAL AUTHORITY
Liberal forms of Anglicanism in the West (USA, Canada, Britain) treat the Bible as a book of some value with some good teachings. They shy away however from revering the Bible as THE final authority when it comes to belief or behaviour of a Christian. Social movements and reason based speculative thinking have held sway in the liberal camp. This has colored their views on gender and host of other issues.

Hence it was not a surprise when liberal bishops, under the influence othe gay lobby, began to ordain, albeit discreetly, homosexuals and privately blessed same sex unions. The public consecration in 2003 however of an openly gay person as a the Bishop of New Hampshire and the official approval of same sex blessings in a Canadian Diocese, New Westminister, were ground-breaking events which shattered the unity of the Anglican Communion. Anglicans who viewed homosexuality as a sin saw these acts as a frontal assault against the final authority of the Bible.

The tragedy is that no one has really been brought to task for what's happened. Gene Robinson, the first openly gay person with a live-in partner, still remains the Bishop of New Hampshire. Those who consecrated him were invited to the Lambeth conference! The diocese of New Westminister together with other Canadian Anglican churches have not stopped the lurch toward the blessing of same sex unions.

FAILURE TO DISCIPLINE
Moderate Anglicans tell themselves constantly that they have no clear or formal international ecclesiastical structures (a world-wide ecclesiastical court for example) to discipline heretical Bishops and wayward Provinces. There is some truth to this but it is not the whole truth.

This crisis for instance forced the Communion to look into the area of mutual accountability and discipline. The most promising Anglican institution to bring some measure of order into this murky situation is the bi/tri-annual meeting the Anglican Primates. They have slowly, much to the chagrin of the liberals, tried to provide the boundaries to keep out behavior and beliefs which are contrary to the Anglican Communion.

The decisions however by the Primates to hold the American church to account have not been followed through. The liberals, who hold the power in the higher echelons of Anglican Communion, have managed to stymie the efforts of the Primates. Hence the only recourse was to depend on the Archbishop of Canterbury (ABC) to use the moral authority of his office.

The ABC dropped the baton. His failure to implement disciplinary measures decided upon by the Primates to set right the situation in North America, served to undermine the credibility of the worldwide Anglican Communion. Rowan Williams, the present ABC is at the core a neo-liberal. He may sound evangelical at times but in essence he probably does not view homosexuality as a sin (if anyone can show me a written paper or sermon by him which proves otherwise...I will publish a retraction with an apology).

HEART OF THE CRISIS
Biblical Church discipline is a crucial component in the life of God's people. Paul in his Epistles never backed down from disciplining errant leaders and correcting sinful behaviour in churches. The Reformation of the 16th Century identified it as a mark of the church. And so it is normal for Anglican dioceses to have ecclesiastical courts where errant clergy and Bishops are tried according to Canon Law. A similar mechanism exists in various provinces of the Anglican Communion in the world to discipline bishops of dioceses. But even a disciplinary mechanism i.e an ecclesiastical court is rendered meaningless if these courts are stacked with officers who don't believe in the basic tenets of the faith!

The absence of a sufficient number of orthodox Bishops and clergy to put the brakes on rampant liberalism in the Anglican instruments of unity together with the failure of the Anglican Communion to constitute an international mechanism to discipline errant Bishops and Primates who've never been held to account in their provinces for their unbiblical beliefs and practices is not only an adminstrative problem but a deep seated defect in Anglican ecclesiology (understanding of the Church).

In the other words, can the Anglican church therefore say it is part of the One, Holy & Catholic and Apostolick Church of the ancient creeds when it cannot rein in wayward clerics in their local settings who've defied the very doctrines and beliefs of its confession?

This is at the heart of the crisis we face.

THE HOPE AND PERIL OF LAMBETH CONFERENCE
The upcoming Lambeth Conference, a once in 10 yearly meeting (last one was held in 1998) of all the bishops within the Anglican Communion will gather in England to discuss issues and bring their experiences to the table. In 1998, a resolution 1. 10 which clearly spelt out the church's traditional teaching on homosexuality was passed with a massive majority. It dealt a severe blow to the gay lobby. Since then however the Anglican Communion has been unable to put into practice resolution 1.10 within the American and Canadian Churches.

It appears that there will be no clear admonishment and disciplinary action of the American church at the Lambeth Conference. The Liberal Bishops from the States might get a slap on the wrist to please Bible believing Bishops but there is a feeling that Lambeth will not put into place anything substantial which will deal with the problem of ordaining practicing gays & lesbians and the blessing of same sex unions.

THE PROMISE OF GAFCON
Hence the importance of the recently concluded conference, GAFCON (Global Anglican Future Conference), at Jerusalem. The final communique was a bit of a stunner because it declared the office of the Archbishop of Cantebury (ABC) as being irrelevant to its claim as symbolic head of the Anglican Communion. This was the wording: While acknowledging the nature of Canterbury as an historic see, we do not accept that Anglican identity is determined necessarily through recognition by the Archbishop of Canterbury

The Primates who attended GAFCON formed a Council of Primates which will now be a new ecclesiastical centre for all who wish to distance themselves from the ABC and hold themselves accountable to another structure within the Anglican Communion apart from Cantebury. The Lambeth Conference will now have no choice but to deal with the problems posed by the American Church and the challenge of this new movement-structure, GAFCON.

A tepid response with no disciplinary bite from this years Lambeth Conference will result in many Conservative Bible believing Bishops and dioceses to align themselves with the GAFCON conference Primates. The leaders of GAFCON have repeatedly said that they are not a breakaway group but a movement committed to the preaching of the gospel within orthodox Biblical faith.

And so we sit and wait for the final communique of the Lambeth Conference 2008!
Posted by Bolivian Beat at 7:33 AM 6 comments: