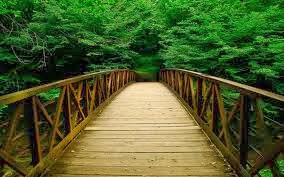 Where or what was Santa Cruz? I thought it was a little village in one of the outlying areas near La Paz.

You'll be taking a plane to Santa Cruz. Its in the east and part of the lower regions of Bolivia, someone remarked. The distance between La Paz and Santa Cruz is slightly more than that of Penang and Singapore. And so we hopped onto a plane, early in the morning, at the La Paz airport. The biting cold did not distract me from the events of previous night: I had told Bishop Moses that I had no sense of leading to serve in La Paz; the phrase in Psalm 23:2, He makes me lie down in green pastures, began to have an impact on me.

As the plane took off and headed toward Santa Cruz, I could literally see the dawn of a new day. The idea of God the Shepherd making me to lie down in green pastures as a personal promise to lead me in the next step of my journey was taking on a life of its own. I peered through the plane's window. The sky was clear; no sign of the massive snow capped mountain ranges around La Paz. Below was dense jungle and various tributaries from the main rivers of the Bolivian lowlands.

As the plane made its descent...I saw something which made my heart leap - green pastures. At that moment, I made the connection between my experience of Psalm 23 last night with the sight of the huge green coloured tracts of land below. My heart began to race. Was I being led to serve in Santa Cruz?

The plane hit the tarmac and slowly made its way to the arrival dock. Airport workers pushed the portable staircase toward the hatch; the air hostess opened the door and invited the passengers to step out and leave the plane. I walked out of the plane, saw the airport and walked toward the arrival lounge. The first few steps were more of a bounce than a walk. My heart bubbled for joy and a sense of "homecoming" gripped me powerfully. I could not contain myself. I hugged Bishop Moses, telling him more than once, The Lord has called us to serve in Santa Cruz...I'm sure of it. He smiled and was taken aback by my exuberance, We'll see...we'll see, he said. It was strange. I had never been to Santa Cruz before and yet somewhere deep in my heart was a quiet conviction of Christ's call to serve there.

Sue Woodcock, a SAMS UK (South American Mission Society, United Kingdom), greeted us with a friendly handshake at the airport and directed us toward the church transport, a pick up truck. She was an experienced missionary and filled us in on some of the history of Santa Cruz. Bishop Moses quizzed her on ministry in this part of Bolivia. Ministry was tough, rewarding and frustrating...I wish she we had more experienced help, she remarked.

We were only due to spend a day in Santa Cruz! And so making use of the time was absolutely crucial.

Parts of Santa Cruz resembled Singapore in the 60's and would not have been out of place as a Malaysian town. It was easier to breathe in Santa Cruz; the weather - hot and humid -reminded me of Singapore. Santa Cruz is flat and huge; its buildings as a consequence are laid out horizontally. It attracts migrants from within and outside of the country. People, from the highlands of Bolivia, in search for jobs and better prospects, flock to the lowlands of Bolivia, especially Santa Cruz. Large Japanese, Mennonite and smaller European colonies dot the rural landscapes with their farms and light industries - soya, cotton, livestock and poultry.

Santa Cruz, billed as one of the fastest growing economic regions in South America, partly because of the vibrant drug trade in the 1980's. The drugs were processed in the valley regions of Bolivia. The financial deals and the transfers of money however took place in Santa Cruz. With the passage of time, other industries - petroleum soya, cotton, sugar cane etc - grew and are now powering the economy.

Sue Woodcock, interrupted my thoughts in the pick-up, "We'll be having breakfast with the Obregon's and then we'll go to the church grounds" (Ernesto & Denise Obregon were missionaries from SAMS USA).

I had forgotten how hungry I was in all the excitement. Breakfast sounded like a great idea.

As we drove our way to the Obregon household, my thoughts began to centre on the Lord's plan for us to serve Him in Santa Cruz, Bolivia
Posted by Bolivian Beat at 8:18 PM