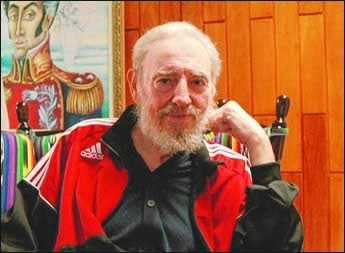 SO HAS CASTRO REALLY RESIGNED?

I HAVE SOME DOUBTS!

Fidel Castro, wracked with illness, has announced his resignation as Cuba's President and premier leader.

His brother Raul has been effectively Cuba for the past 2 years. Fidel's spirit and fervor permeates the whole island and his influence will only begin to wane when he passes away.

So its hard to see him drifting away from politics. He'll be an influential force behind the scenes.

Cuba has not seen the last of Fidel Castro.
Posted by Bolivian Beat at 6:25 AM